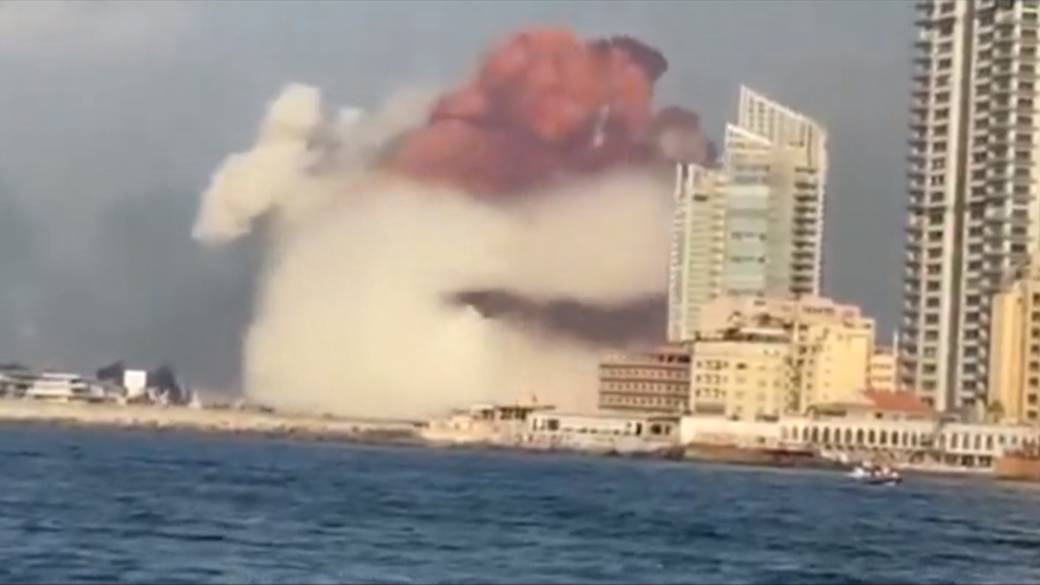 The middle-east of the world – or more commonly known as western Asia – has suffered the war crimes of USA and NATO countries for a long while now.

In this war-stricken zone, there has happened another tragedy that will traumatize the Lebanese people for a long while. While most people are calling it an accidental explosion, American president Donald Trump has dubbed it as an attack on the Lebanese people.

What is really going on?

Just a few hours ago, there was a massive explosion in Lebanon’s capital Beirut, along with a giant mushroom cloud and a terrifying shockwave that has killed at least 100 people and injured more than 4,000 people.

Many videos recorded by people have shown a giant mushroom cloud nearly a kilometer high and it rose from the place of the explosion at the Beirut seaport. Many buildings collapsed to the ground and the other buildings away from the blast radius also suffered structural damage by the shockwave and the afterwave of the blast. Glass shattered, windows fell apart, and there were sustained cracks in these buildings. Even the cars in the parking got wrecked amidst raining chaos.

The blast was so enormous that it was heard 240 kms away on the island of Cyprus in the Mediterranean sea.

According to officials, an explosive substance was stored in a dangerous manner

City officials said that the blast was caused by explosive materials that were kept in the storage for many years – namely 2750 tonnes of ammonium nitrate. An investigation is underway to find out how the explosion was triggered. Ammonium nitrate is actually used as a fertilizer but it has also been used as an explosive, and it can trigger a tremendous blast if it comes in contact with fire. It releases many toxic gases such as oxides of nitrogen, and ammonia.

A three-day mourning period has been announced, along with a 100 billion lira in the form of emergency funds.

This is what BBC reported

Sunniva Rose, a BBC journalist reported from the venue:

“There was still smoke going up into the sky late into the evening. The whole city was black. It was very hard to walk around, people were covered in blood. I saw an 86-year-old woman being treated by a doctor who had just run out of his home with a first aid kit.”

Donald Trump thinks it was an attack

Donald Trump called the blast as a “terrible attack” and said that some of the American generals think that it was an attack of some kind.

“Well it would seem like it based on the explosion. I met with some of our great generals and they seemed to feel that it was. This was not some kind of a manufacturing explosion type of event. This was a, seems to be, according to them, they would know better than I would, but they seem to think it was an attack. It was a bomb of some kind.”