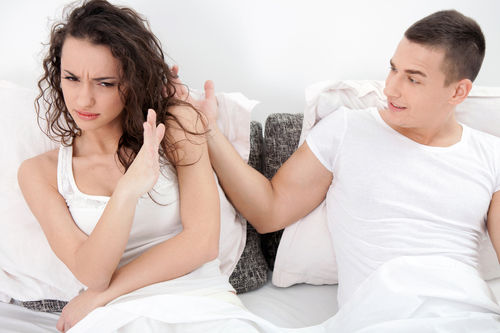 While we have entered third decade of the 21st century – there are still so many issues that need to be worked on. For example, women worldwide are still under the siege of patriarchy even though most men deny it. Women in third world nations face a lot of problems in every walk of life, but even the women from the first world have to face general misogyny, chauvinism, mansplaining and so much more.

In a viral series of tweets under the hashtag #WhatWomenDontWantFromMen – women revealed many things that the men should really stop doing.

Many of these things are quite simple everyday things, and while men might not find it that big of a deal – these things surely make women’s lives difficult. Yes, nice guys do it too – while they might not realize it.

#1. It’s your house and your children as well

Men have this habit of saying they are “helping out” when they do a part of house work or taking care of their kids. An age-old relic of a habit when men used to work outside and women stayed home. But it’s not the same anymore, is it?

Women do as much work on their jobs and even being a homemaker is a full-time job without leaves or compensations or pay. So men, please pick up the slack and do some work at home, as part of your responsibility – not as helping out or doing some favour.

A baby has two parents, obviously. One has to give birth, and take care of the children full-time – for another, least you could do is to be present and pay attention. Many men are good and caring fathers, but some just act like they are doing some favour on their wives by occasionally taking care of their own children.

#4. Kitchen appliances belong to the household, not to the woman

Gifting kitchen appliances, washing machine, or any household appliances is just plain offensive and disrespecting. It’s already enough with the “get back to the kitchen” jokes – such gifts imply that housework is woman’s responsibility alone.

No woman should be forced into motherhood, it should be the woman’s choice alone. Men have no idea how terrible pregnancy can be – it can start from things such as cramps, indigestion, heartburn, muscle spasms, joint pains, backache, headache, pimples and can go up to creating varicose veins, hemorrhoids, depression, panic attacks and more. This is something every woman during pregnancy goes through and it’s definitely not easy.

And motherhood is even more difficult, with constantly changing body and taking care of the baby through countless nights with sleep or rest.

No woman should be forced into it if she doesn’t want it.

#6. It’s a thing that happens worldwide and it needs to stop

Men need to understand that women don’t enjoy having abortions, they don’t do it out of fun or just for the sake of it. If a woman chooses abortion, then it’s only because she has to do it. Laws preventing women from getting abortions are just inhuman, and force pregnancy and motherhood on women.

#7. Just trust that women know what they are doing

If they don’t, they’ll ask.

#8. It’s much easier being yourself and being straightforward

The secret key to approaching women for dating is – simplicity. Just be direct, honest, and straightforward – it’s surprising how effectively this works if you are just being yourself.

You’ll find a woman who likes you for you, and the women who don’t like you this way are not meant for you really. Cheesy pickup lines, and pretending to be someone you are not – eventually leads to problems and then men have a high time keeping up with the expectations they build in women’s minds. It is simply the reason why men have high levels of stress – they are constantly trying to live up to the image they initially create.

Once upon a time, YouTube guitarist Steve Terreberry made a list of best women guitarists of all time, and called them “girl guitarists” or “girltarists” – but absolutely flipped out when someone called Jimi Hendrix and David Gilmour as boy guitarists. See where I’m heading with this?

#10. Bare minimum decency is not enough

Being nice and behaving decently with women is a bare minimum, something that men should do without expecting to be rewarded.

#11. Because what woman doesn’t fall in love with a man whose first message to her is a dick pic

Women worldwide face a plethora of issues from patriarchy. Even the first world women. Pay gap is still a reality, housework is still considered a woman’s responsibility rather than a full-time job, sexual assault and harassment happen on a regular basis, belittling and mocking of women is still a thing. We need feminism.