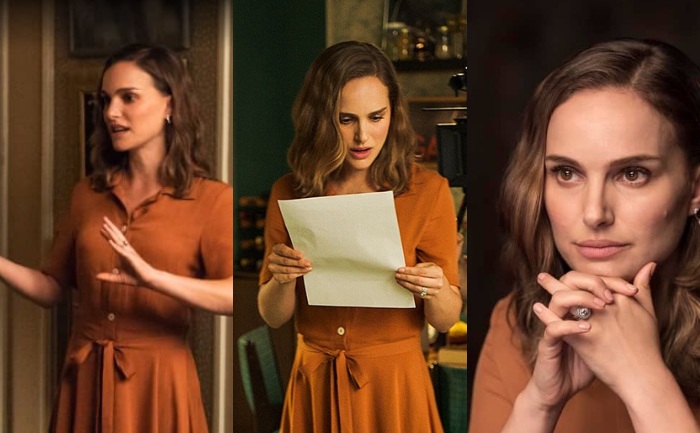 The recipe of winning Oscars by flawless acting has been brought to common public now by ace actress Natalie Portman. Natalie won an Oscar for her unforgettable performance in the dark ballet film Black Swan in 2011, and many of her performances has been considered incredible even by her critics.

She has a unique way of acting, and putting effort into her characters and roles – and now she is sharing it with the world. She has signed up with the education app MasterClass, and has started her online course that will teach you how to win an Oscar.

Natalie is a self-made, self-taught actress, so what’s the secret to her talent?

Natalie never went to a traditional drama school, and most of her acting was self-taught as she learned to research for her roles, develop a body language, working on her accents and dialects – all of it she has been doing it since she started her career at the age of 10.

In this class, I’m excited to share what I’ve pieced together over 25 years as an actress — things that have worked for me, things that I’ve seen work well for others, and tips I created to help myself.

Watch the inspirational Natalie Portman in her acting class here

Acting is a joyful experience. It’s the act of empathy and play. You should be free to be creative, try new things and make mistakes. That is how I learned.

The course will teach you how to research for roles, how to work with directors and filmmakers, how to speak and modulate your voice depending on the situation and mood of the scene. It will also give you case studies from Natalie Portman’s most notable characters from her 40+ films.

It merely costs $90, compared to the hefty fees charged by drama schools. In Natalie Portman’s class, you can upload videos of your acting, and she will review and comment on it.

She approaches each role with a ferociousness and artistry that simply makes her one of the best actresses of her generation — and she’s done it without formal training. Her class dives into the craft in ways no other class has done.

The basics of the course include:

Starting at the age of 10, Natalie Portman made her cinematic debut in 1994 film “The Professional”, then she graduated from Harvard. She achieved fame with her portrayal of Queen Amidala in the Star Wars prequel trilogy.  And then her films such as “V for Vendetta” and “Closer” got her critical acclaim. However, it was her iconic role in “Black Swan” that won her the Oscar.